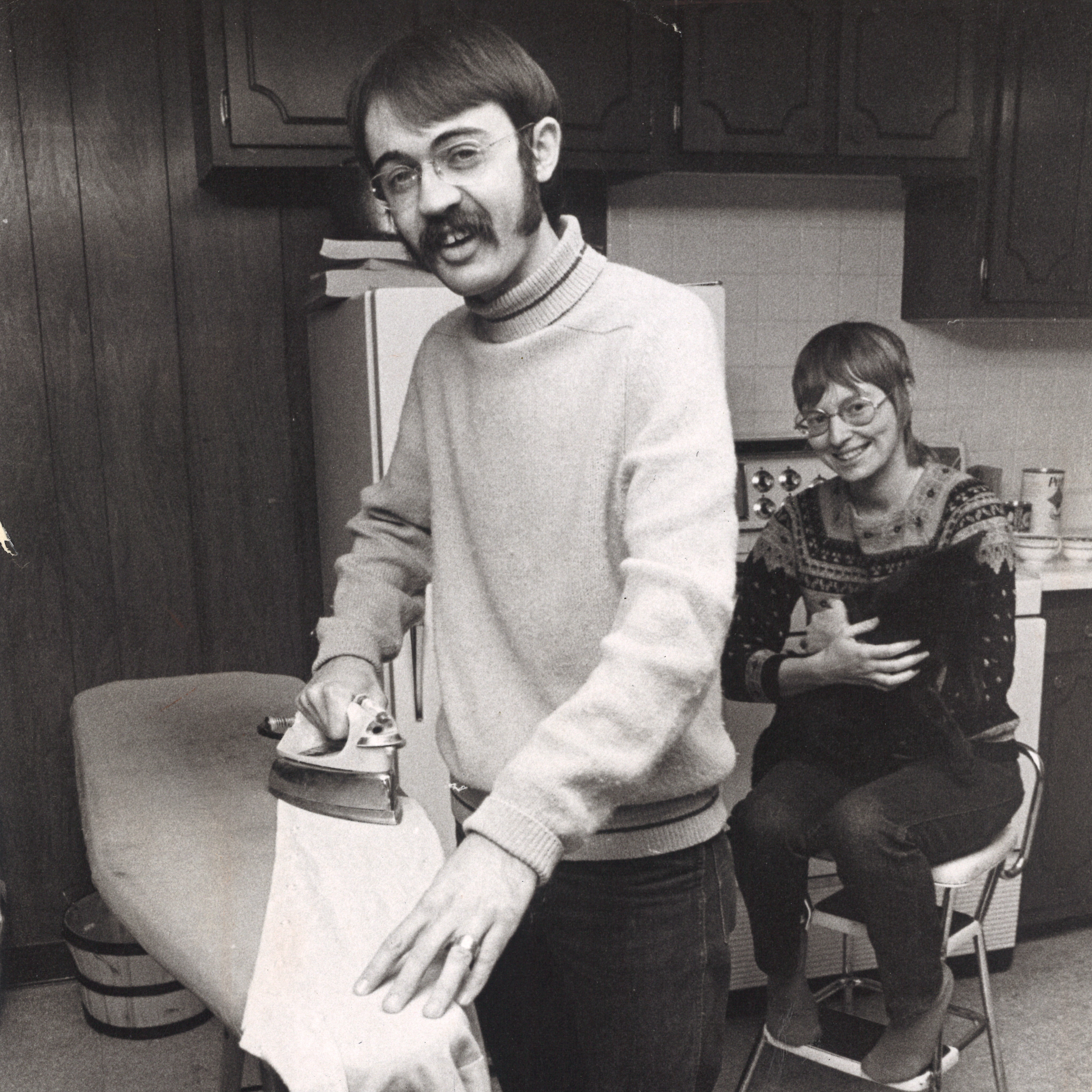 This paper concerns feminism’s production of the New Man.

I begin with the quotation from Olive Schreiner and its puzzle that ‘new women’ were haunted by the possibility and necessity of the New Man. Like most idealists, Olive Schreiner believed that the sexes were like ‘two oxen tethered to one yoke’. ‘[F]or a moment one may move slightly forward and the other remain stationary’, she wrote, ‘but they can never move farther from each other than the length of the yoke that binds them; and they must ultimately remain stationary or move forward together.’ However, she combined this view with a deep hatred of how men had treated women in social and personal relationships, and their indifference to the demands that women had made for freedom. If this were not to lead to despair, she, like other ‘new women’, therefore had also to believe in the possibility of the New Man.

By 1911, when her book Woman and Labour appeared, she heralded the emergence of the new man, though with the significant reservation that his emergence was slow and hard to spot. ‘Side by side with the “New Woman,” corresponding to her, as the two sides of a coin cast in one mould, though differing from each other in superficial detail, are yet of one metal, one size, and one value; old in the sense in which she is old, being merely the reincarnation under the pressure of new conditions of the ancient forms of his race; new in the sense in which she is new, in that he is an adaptation to material and social conditions which have no exact counterpart in the past; more diverse from his immediate progenitors than even the woman is from hers, side by side with her today in every society and in every class in which she is found, stands—the New Man!’. His emergence was ‘quite as important, as radical, and if possible more far-reaching in its effects on the present and future’ than that of the New Woman. His aspirations for companionate marriage, for a full share of parenting, and were all the same as hers. Indeed, his ideal partner was not the dependent, parasitic, feeble woman of the past, but the New Woman. ‘If anywhere on earth exists the perfect ideal of that which the modern woman desires to be—of a labouring and virile womanhood, free, strong, fearless and tender—it will probably be found imaged in the heart of the New Man; engendered there by his own highest needs and aspirations’.

Olive Schreiner was not the only feminist who believed in the New Man. ‘The new man … stands by us already’, Coralie Boord wrote to the Freewoman. ‘A little young, a little weak-kneed, but … women were ever motherly. We will nurse him until he attain his full stature!’. There was also Beatrice Robertson-Hale, who hailed ‘the advent of the new man, with his sincere and unforced respect for women, his friendliness, and his lack of either condescension or flattery, with inexpressible relief’. Wilma Meikle thought that younger feminists, bruised by encounters with free love but reluctant to enter either ‘battered marriages’ or the ‘cowardly spinsterhood’ of the purity feminists, were now wanted men to be their allies. In doing so, [t]hey regarded men as fellow-discoverers, equally blundering, equally uninstructed, equally suffering’. ‘Man, the subjector’, she wrote, was to be ‘regarded more amiably as man the bungler’.

Indeed, there was a paradoxical sense in which – at least for those feminists who had not entirely given up on men – the more intense their dissatisfaction with the present state of relations between the sexes, the more intense their hope for a New Man had to be. The New Man was often seen as a valuable adjunct to the emergence of the New Woman, even as a necessary companion for her emergence. The best example is perhaps the militant feminist Lucy Re-Bartlett. Re-Bartlett supported violent militancy in the suffrage movement, and endorsed the Lysistratan tactic of refusing men sex until the vote was won. However, she also exhibited a strong optimism and faith that new men were emerging. ‘Useless would be all the struggle of the new Eve, if the new Adam had not risen too, she wrote. ‘But he has risen, and well the new Eve knows this.’ He was ‘the natural comrade for the strenuous woman which our age is bringing forth, a man sufficiently evolved to know the rightness of her new demands in sexual matters, and grant them, not as a concession to her, but in obedience to a higher law whose workings he also has learnt, and of which she comes to him at most as the enunciator’. The new man and new woman would marry and live together, dedicated to chastity except for the purposes of procreation, in a spirit of love, mutual service and self-control, subordinating sensuality to the ‘sacrificial spirit of the cloister’.

Even in the heat of the suffrage struggle, Re-Bartlett’s advocacy of Lysistratan methods was tactical, and explicitly distinguished from sex antagonism. [A]ll that is needed is that man should understand, and should build the new conditions in which this higher love and higher woman will have room to breathe’. ‘[T]his form of protest may be the only thing in many cases which can call out the “new man” as well as give birth to the “new woman”. It was, after all, ‘the most restive girl who will make the completest wife’. Her novel, Transitions (1914) told much the same story in fictional form. Its ‘new man’, Hugh Pelham, undergoes a kind of sentimental education through conversations with feminists and reflection on his sorry past as an exploiter of women, and is rewarded by the ‘consummation’ of marriage to a ‘new woman’.

The early ‘New Woman’ fiction of the 1890s had presented women’s dilemma as a choice of whether to ‘comply or perish’: whether, in other words, to accept a conventional marriage or face social exile or even death. But later ‘New Woman’ fiction proposed other solutions. One was the possibility of female autonomy through the refusal of men on any terms. But another, visible in Re-Bartlett’s Transitions, was a new beginning with a New Man. New Women were not themselves saved by the love of a good man, as in more conventional fictions. Rather, they saved men who had gone wrong in youth, often under the bad influence of an older and more old-fashioned man, through feminism. The female protagonist, in other words, was architect of a new world, but one made with New Men.

However, such New Men were first and foremost works of the imagination. Just as the literature of ‘free love’, such as that of H. G. Wells, had creatively summoned up sexually adventurous young women such as Ann Veronica to pursue its experimental vision of conjointness, so the idealist New Women produced its own fictional and utopian creations, works of the imagination designed to fill a gap in the real world. Even Re-Bartlett’s hero is never actually seen in marriage: the tensions are postponed beyond the novel’s end, just as they were by the previous generation of novelists. Moreover, while Olive Schreiner hailed the birth of the New Man in her non-fiction, she found it impossible to make him live in her fiction. Her most realized ‘new man’, Mr Drummond, appears in From Man to Man, a book never finished and which was only posthumously published. Tellingly, Mr Drummond’s reformed masculinity refused to take shape and the novel accordingly focused on the heroine’s feelings for unsatisfactory men, sexually philanderers and ‘double standard’ hypocrites, rather than the ‘new man’.

The idealists’ adventist faith in the imminence of the New Man also stood in sharp contrast to the more pessimistic views of other feminists, such as Christabel Pankhurst and Cicely Hamilton. For them, men were not emerging gratefully from the prison-house of their sexuality, but were quite happy where they were.

My paper considers this strange requirement of feminism, first in the pre-1914 period, and then in the women’s liberation movement of the 1970s. Here too, as the quotation from Sheila Rowbotham at the top of this page suggests, feminists felt compelled to invent the new man. Just as it was before the First World War, the attempt was contested by feminists who denied this necessity, and who found it impossible to persuade themselves that men would change. By the 1970s, there was both greater pessimism that the New Man could be found, and greater reluctance on the part of women to ‘nurse’ him to ‘full stature’.