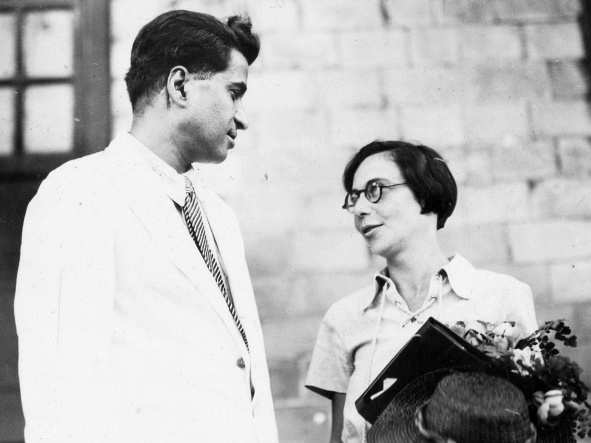 This paper, which I gave at a conference on ‘The People and Decolonisation’ in Paris, concerned the campaigning of the Communist Party of Great Britain (CPGB) and its attempt to recruit British workers in solidarity with the Indian struggle. India was chosen because it was the dominant imperial question of the interwar period. It was the location, with Egypt and Ireland, of a triple crisis of empire towards the end of the First World War: a crisis which, unlike the other two, was not stabilised but continued to erupt for the next thirty years until independence was achieved in 1947. The Communists were chosen because they made what was probably the most significant attempt to organise a popular anti-imperialism in interwar Britain. Like all efforts to recruit the British public for anti-imperialism, however, the Communists’ effort was a mixed success, never really achieving the mass support it sought. Close study of its successes and failures might therefore help us in defining the forms and limits of popular anti-imperialism.

The paper began by distinguishing between three possible obstacles to a mass anti-imperialism in Britain. First, we must consider the problem presented by compromising economic interests: the possibility that certain sections of British industry were so reliant on imperial trade that their workforces could not afford the loss of empire and were consequently hostile to campaigns that undermined it. Secondly, there is the problem of low salience – the possibility that levels of public interest in imperial matters were so low that there was no scope for significant metropolitan campaigns of anti-imperialist solidarity. Thirdly, we can consider the problem of poor political articulation – that neither interests nor public attitudes were insuperable obstacles to such campaigns, but that their potential was badly handled by political leaders.

I argue that economic interests were indeterminate: that is, they had no single, directional implication for the recruitment of British workers for anti-imperialism. Lancashire cotton workers, for example, could be allies of Congress campaigns for self-government, if they promised to end the boycott, protect the unions, improve wages and conditions, and restore – or better yet develop – the Indian market for British exports. On the other hand, the very same considerations made the unions fearful that too early a concession of self-government would merely reward the unregulated Indian millowners who paid for Congress campaigns, at the expense both of their Indian workforces and British jobs. In other words, the interests at stake were significant, but also inconclusive in their political effect on campaigns.

The same is true of political salience. From Bernard Porter and others we know that imperial planners had consciously avoided stimulating the interest of working class Britons in imperial matters. Levels of popular ignorance of the facts of empire were legendary. But ignorance did not necessarily demobilise. As any student of contemporary opinion on questions such as the European Union or immigration knows, ignorance of the facts is no impediment to strong feeling and political mobilisation. It was possible to rally the public, but only by starting where they started, in a position of considerable ignorance, but with feelings about what was acceptable, and identities and self-perceptions which could be engaged in support of (or opposition to) what their co-nationals did. These might – again, the indeterminacy is important – form the basis for campaigning, if they were framed in the right way. Furthermore, even if low salience ruled out mass popular campaigns, it did not rule out more restricted campaigns of solidarity. These could thrive in conditions of apathy, if only because the apathetic lacked the energy to oppose them, provided that they were neither expensive nor problematic for issues of greater salience.

In short, this left the heavy lifting to the political entrepreneurs, and to parties like the British Communists. It was their task to articulate anti-imperialism: to frame it in ways which meshed with economic interests, resonated with existing sets of beliefs and feelings, and also fitted with the other priorities of their movement. Like the support offered by other metropolitan parties and movements, the support of the CPGB for anti-imperialism was therefore indirect and conditional. But the fact that it was so does not mean that was necessarily weak. Practically all inter-war metropolitan anti-imperialism was like this. Almost no one was an anti-imperialist first and foremost, but only when (and if) anti-imperialism spoke in some way to other values and primary loyalties they held. What mattered was the closeness of fit between these primary objectives and the anti-imperialism.

In the paper, I explore the four main actors involved in creating Communist anti-imperialism: the Communist International, the Indian émigré revolutionary groups directed – or in rivalry with – the Bengali revolutionary M.N.Roy to whom Comintern initially assigned its Indian work; the Communist Party of India (CPI) founded by Roy in October 1920, and the CPGB itself which was given first informal and from 1925 to 1934 formal responsibility for Communist work in India.

We also have to consider other actors not under Communist control but with whom these four wished or were obliged to work. In India, these included nationalist movements such as the Indian National Congress, as well as peasant and labour struggles. In Britain, they included the trade unions, the other parties of the left and the various groups of resident Indians, especially merchant marine sailors and Indian students. Internationally, they included international bodies such as the Red Trade Union International (RILU), the League Against Imperialism and further groups of expatriate Indian nationalists and anti-imperialists. Communist anti-imperialism, in short, was not a single unified movement, but took a reticulated form as a transnational agitational network.

If you would like to read this paper in draft, please send me a message.