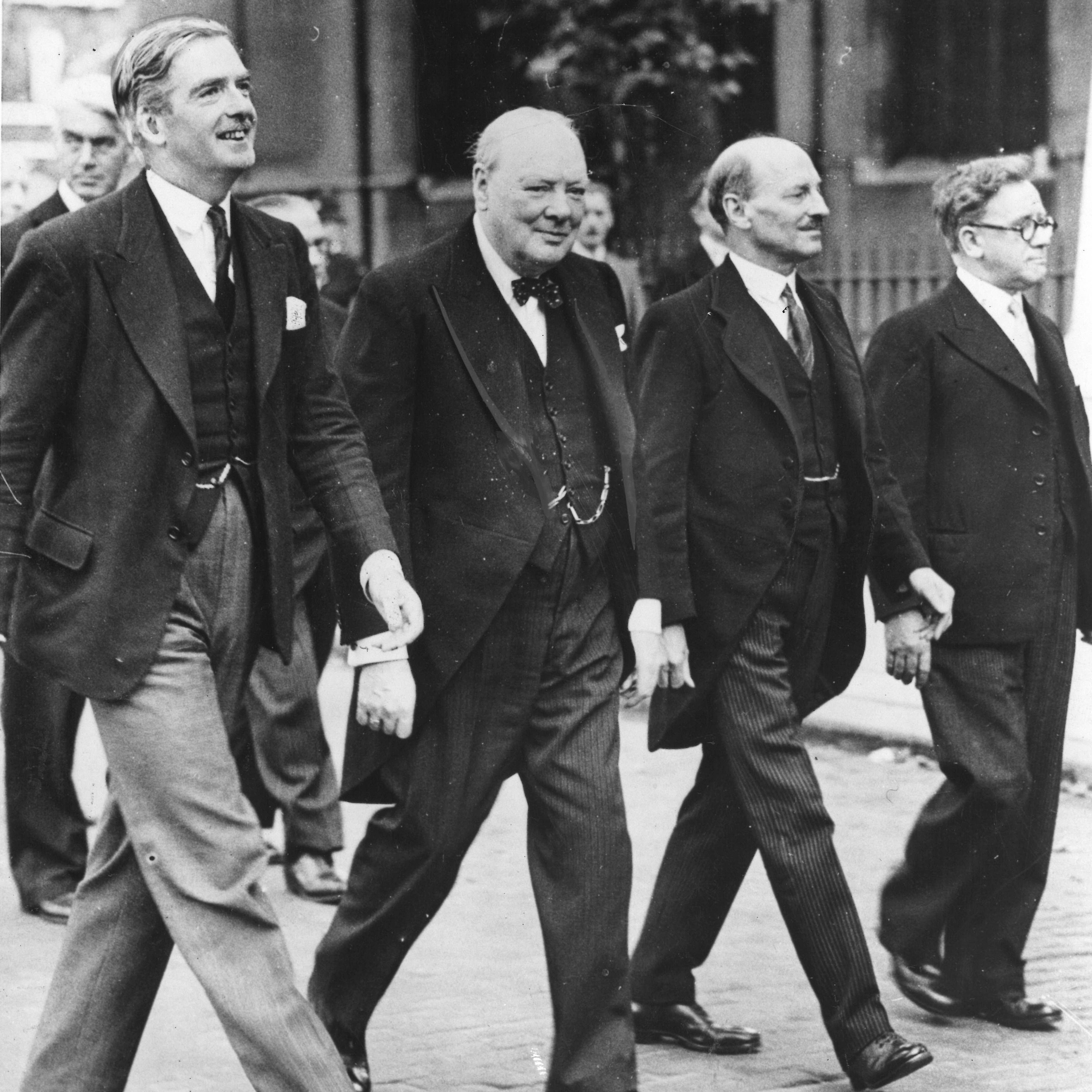 This chapter was a contribution to a book on the idea of the postwar consensus. It examined how far the Conservative and Labour Parties differed over colonial questions after 1940. I made a distinction between three definitions of consensus – consensus as “policy settlement”, consensus as “partisan convergence” and consensus as “social harmony”. The main conclusion was that the notion that there had been consensus over decolonisation was much too simple.

“Policy settlement” corresponds roughly with what Paul Addison terms a ‘Whitehall consensus’: that is, elite-level agreement among policymakers. For present purposes, this means a group consisting of the core executive (cabinet ministers and senior civil servants) which extends through the Colonial Office and other relevant departments to governors and their advisers. Policy settlement is generally indicated by continuity of policy from one administration to the next.

Consensus as “partisan convergence” entails harmony among party leaders and activists outside the policymaking elite, and is usually characterised by interpenetration of party programmes and the low intensity of (genuine) party competition.

Consensus as “popular contentment” involves the relative absence of divisions in the electorate and those non-party bodies which sought to influence the public (rather than the ministerial, parliamentary or official) debate, and is best indicated (if not by unanimity) by the existence of a broad-based ‘middle ground’.

Of course, some individuals (cabinet ministers are the obvious example) participated in more than one arena. But while the definitions overlap, they remain centred in different places, and distinguishing them allows us to capture the tensions that such figures experienced when required to meet the expectations of different constituencies.

I argued here that, contrary to the impression sometimes given that decolonisation was chaotic and unplanned, there was actually much consistency among the policymakers from one administration to the next. The impression of inconsistency is one created by the variety, complexity and mutability of the settings in which decolonisation took place. Much of the official work of decolonisation thus involved dragging mutually suspicious parties to negotiating tables and forcing them to embrace each other and a British-sponsored solution. Progress came through the successive rejection of alternatives: trying out a plan on one of the parties and making adjustments to suit its objections, then taking it back to the others. Each move required the building and re-working of coalitions sufficiently broad to command support across a wide range of rapidly diverging interests and stable enough to act as a support for British interests. Under such circumstances, it was not merely natural but utterly rational for policymakers to take swift initiatives to force the pace, or to slow it down with a dose of well-calculated repression. Hence there was great reluctance to tie Britain to a specific plan for decolonisation, and it is perhaps significant that attempts to do this (such as those by Bennett and Cohen in 1947 and Macmillan’s ‘cost-benefit’ exercise a decade later), were never regarded as more than ‘mission statements’.

But this does not mean that British policy was purposeless, let alone contradictory. In fact, among the policymaking elite, there was broad agreement on the essentials of colonial policy, at least in terms of the response to colonial nationalism. This was created primarily by the narrowing constraints of the cold logic of Britain’s postwar economic and strategic position.

Support for the Whitehall settlement among party politicians was more heavily qualified. As is well-known, until the 1960s, the assumption that Britain must remain a world power was challenged only on the fringes of British political life. But the parties disagreed about the means by which greatness was to be sustained. In particular, they remained fundamentally divided over the question of how colonial nationalism should be handled. The Conservatives never fully accepted the transfer of power in India – I argued this through more fully elsewhere – and were determined that it should not lead to a general decolonisation. When they returned to power in 1951, they were determined to slow down the pace of constitutional concession. This did not prove altogether possible, but even if as policymakers the Conservative leaders accepted the necessity for concessions, as partisans they were profoundly unhappy about them. Even the snail’s pace of Lyttelton and Lennox-Boyd had attracted criticism from those in the party keen for something more glacial. While few now believed that colonial peoples were unsuited to self-government, almost all held that a lengthy period of apprenticeship was necessary. Nationalists were accordingly still privately regarded as unrepresentative trouble-makers, bent on securing advantages by agitation. At best, they were simply unschooled and over-ambitious, at worst corrupt, authoritarian, anti-western and probably pro-communist demagogues.

By this point, the Labour Party had moved away from its own distrust of anticolonial nationalism. After Suez, it was the party left which cam to define the party’s policies. The unexpected dominance of the left was partly due to the vigorous campaigning of Tony Benn and Fenner Brockway’s Movement for Colonial Freedom, which persuaded a large cohort of Labour MPs that only independence at an early date would avert a series of futile colonial wars. More importantly, perhaps, even party leaders traditionally cautious about the unpopularity of attacking the empire and those bored by colonial affairs saw in anticolonialism a political weapon to divide the Conservatives, win the moral high ground and rally their divided party. After the 1959 election, the Labour right found itself thoroughly outflanked by the rapid transfers of power effected by British policymakers in east and central Africa. The left, by contrast, found itself pushing at a door that was not merely open, but through which Macleod had already passed.

There was also a partisan backlash on the right of the Conservative Party to policy settlement. Ever since 1951, Powell had told a post-Suez Conservative Study Group in 1957, Conservative colonial policy had been ‘on the wrong track’. ‘We had used our enemies’ thinking’, Powell argued, ‘used phrases we did not believe in, accepted arrangements because the alternative was worse or could not be defended in public, and adopted a set of principles and attitudes in which we at best half believed.’ Wheedling and pleading with nationalist leaders, diluting the strength of the Commonwealth to attract new members, and going cap-in-hand to Washington for support were essential skills for the modern decoloniser, but held little attraction for traditionally-minded Conservatives, many of whom gathered in the 1957 Committee and the Monday Club established to commemorate the black day of Macmillan’s ‘Winds of Change’ speech. That the diehard groups found themselves unable to hold the centre of the party for long is explained less by Macleod’s ability to persuade MPs of the merits of his policies than by the size of Macmillan’s majority, and the skill of his party whips at deploying persuasion, patronage and threats.

Their last stand was over white Rhodesia. At least in the way they regarded it, it encapsulated many of the values of Toryism: hierarchical, anti-communist, Christian, resolute, prizing responsibility, effort, independence and enterprise, with a severely limited role for state ownership or the provision of welfare services. It was a sanctuary from the moral stagnation of Wilson’s Britain, beset by strikes, inflation and high taxation. Conservative support for white Rhodesia was a kind of frustrated reaction against the ‘Whitehall’ consensus not merely as it had operated in colonial affairs, but in all its works.

It is not straightforward to discover what voters thought about decolonisation. It can easily be established that there was widespread public ignorance about the colonial empire. A 1948 government survey famously found that half its sample could not name a single British colony. Even in 1959, when the parties were at their most divided, colonial matters did not raise much interest at the polls. But ignorance and apathy are not the same thing. Indeed, it is quite possible that the ignorant feel more strongly about a situation than the well-informed. Certainly, policymakers and partisans alike feared that public opinion would turn against their policies and preferences. They might do so if British national prestige was diminished, or if British investments or trading opportunities suffered, or if kith and kin settlers’ livelihoods were threatened. Equally – and with the reverse implications for policymakers and partisans -too heavy-handed an assertion of British power, especially if it involved the use of emergency powers, was bound to arouse the anger of those revolted by colonial violence and the fears of those anxious to avoid expensive and dangerous military entanglements.

This placed emphasis on questions of presentation. Great care was taken to suggest that losing an empire meant gaining a Commonwealth, that the loss of formal powers would be more than balanced by the gain in influence, that the economic and strategic substance of the colonial connection would survive the transfer of power, and therefore that decolonisation, in short, meant not national decline but the fulfilment of an imperial mission. And colonial violence was carefully presented as the restoration of order, peace-keeping and policing.

What should we make of the claims of ‘consensus’? At the level of high policy, it is possible to identify the main features of an agreed approach to the challenge posed by anti-colonial nationalist movements, pursued by ministers of both political colourings. However, the main cause of this coincidence of policy was less partisan convergence than the harsh economic and international constraints which all British policymakers had to face. Where partisan considerations were able to make their influence felt, there were genuine divergences of opinion, especially after the mid-1950s. Indeed, the very fact of policy coincidence fostered partisan dissent, especially on the right. The fear that these discontents might spread to the public at large seems to have been a genuine one, and inspired efforts to insulate the electorate from the implications of colonial collapse.

Like, perhaps, its counterpart in domestic affairs, the `consensus’ on the end of empire was therefore janus-faced. Among the policymaking elite, it arose from a genuine recognition of the necessity to adapt Britain’s colonial system to meet the challenges of nationalism. Had it been possible to control the pace of concessions, it is likely that partisan dissent would have been confined to the political fringes. But the necessary, if largely unforeseen, acceleration in these plans required careful handling. For decolonisation to work to British advantage, policy now had to be pragmatic and flexible. It was vital (as the fate of the French Fourth Republic in its Algerian dealings reminded party leaders) for it to be kept free from the paralysing effects of party strife. In their hands,’`consensus’ was a device by which partisan divisions were to be bridged, and popular anxieties contained or even concealed: less, perhaps, the happy product of a people’s war than a highly successful exercise in the political management of discontent.

This chapter was published in Harriet Jones and Michael Kandiah (eds.), The Myth of Consensus: New Views on British History, 1945-64 (Macmillan, 1996) which is available here.