In 2001, I was the main organiser of the Oxford Amnesty Lectures.  The subject was the rights and wrongs of ‘humanitarian intervention’ in the name of human rights.  The lecturers are pictured to the right.  The following year, I edited a book for Oxford University Press, which was titled Human Rights, Human Wrongs. It contained the texts of the lectures, with an introduction by me, and commentaries by Niall Ferguson, Tim Garton Ash, Hermione Lee, Jonathan Glover, John Broome, Robert Young and Roy Foster.  The book is available here, and the profits of sales go to Amnesty International. 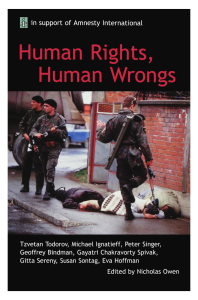 The first two lecturers were Tzvetan Todorov and Michael Ignatieff, who took strongly opposed positions on the question of whether military intervention could be justified in the interests of protecting human rights.   The human rights lawyer Geoffrey Bindman lectured on the legal possibilities of bringing rights abusers to justice by means of the International Criminal Court.  The ethicist Peter Singer argued in favour of a new international order based on a much-strengthened United Nations.  The philosopher and literary critic Gayatri Spivak lectured on the difficulties that arise when one group of people take it upon themselves to ‘right’ the ‘wrongs’ done to others.  Gitta Sereny spoke on the problem of the human capacity for evil.  The writer Eva Hoffman lectured on the very difficult questions of achieving forgiveness and reconciliation after human rights abuses.  Susan Sontag’s lecture revised the claims in her 1977 book On Photography after her experiences of the Bosnian War in Sarajevo in 1993.   Her lecture was the starting point for her last published book Regarding the Pain of Others (2003).

The lectures were given in the spring of 2001, and edited over the summer.   The book therefore has a certain historical interest too: as a picture of the views that various public intellectuals held of these questions on the very eve of September 11th 2001 and the so-called ‘War on Terror’.

BOOK ABSTRACT
This edited collection, based on the 2001 Oxford Amnesty Lectures, focuses on human rights abuses and the way in which these are interpreted. The contributors are Tzvetan Todorov, Michael Ignatieff, Gayatri Spivak, Peter Singer, Gitta Sereny, Geoffrey Bindman, Susan Sontag, and Eva Hoffman, with commentaries on their essays from Niall Fergusson, Timothy Garton Ash, Hermione Lee, and others. The issues explored in the talks include the right of the international community to military intervention in human rights abuses, the ethical and legal difficulties in bringing rights abusers to justice, the human tendency towards racist attitudes, the impact of postcolonialism, and the way in which human evil is represented in photography. A main theme throughout explores the implications of constructing crude dichotomies of heroes and villains, whose motivations are often left unexplored. The aim is to do justice to the moral complexity of the situations into which those caught up in violent or destabilizing events are placed, while retaining a commitment to action as well as understanding in support of human rights. 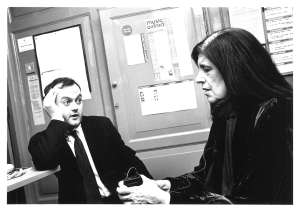 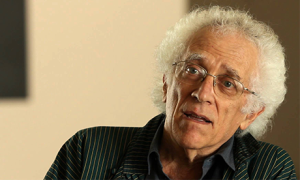 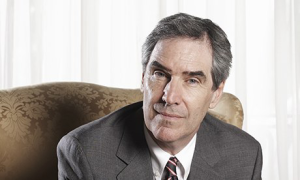 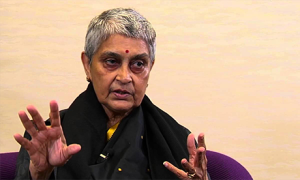 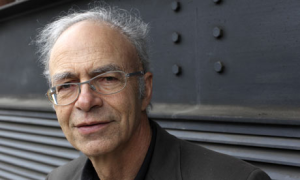 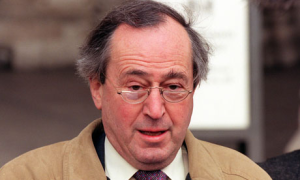 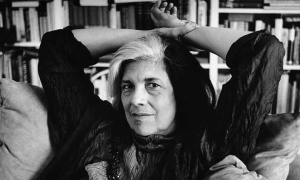 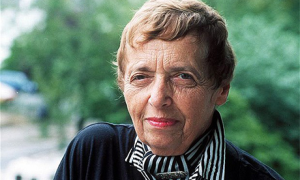 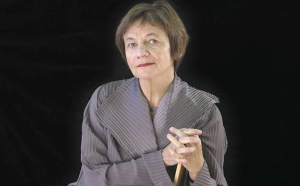