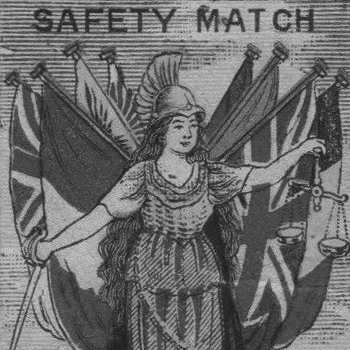 The independence of India, which occurred under the Labour Government in 1947, was a heavily constrained decision, due to overstretched global military commitments, financial weakness created by wartime debt and a crippled export trade, a moribund and unpopular civil administration and an increasingly Indianised Indian Army. I explored these constraints at greater length in a chapter in Nick Tiratsoo’s The Attlee Years.

The point I take up here is that these constraints make it hard to be sure whether the outcome was really what Labour wanted.

Since Labour had been in favour of an Indian settlement before the war, it has been natural to assume that independence was what the party sought. However, Labour’s pre-war position was more complex and conflicted than this judgment suggests. This is what I have argued in The British Left and India. There were also important shifts in opinion which occurred in wartime. In the late 1930s, Jawaharlal Nehru and his London-based ally Krishna Menon had persuaded British socialists such as Stafford Cripps that the Indian National Congress was becoming more socialist in orientation, more attuned to class identities than communal ones, and, above all, readier to fight against fascism. Unlike the Raj, Congress was ready to modernise India along western socialist lines. However, when the test came, Nehru proved unable to deliver Congress in support of the anti-fascist war. Gandhian non-violence and the opportunistic exploitation of the war by Subhas Bose made it impossible. Cripps himself brought an offer of independence to India in 1942, in return for co-operation in wartime government. But Gandhi and Nehru rejected it. When the ‘Quit India’ movement was launched and quickly crushed later that year, almost no one in Britain protested.

In the years between the suppression of `Quit India’ and the 1945 election, Labour therefore worked on alternative plans. These are the focus for this paper. There were three.

1.First, I look at Labour interest in sponsoring a new political party in India: M.N.Roy’s Radical Democratic Party. This had formed after ‘Quit India’ to support the war. Its trade union wing – the Indian Federation of Labour – persuaded many British trade unionists that it spoke more authentically for Indian workers than the Congress-dominated All India Trades Union Congress, let alone the Congress itself, dominated by financiers, business interests and the absurd ruralist Gandhi.

2.Secondly, I examine the plans drawn up by Cripps and Ernest Bevin to use social and economic development schemes in India. After the defeat of his 1942 mission, which he put down to the artificial hold that Gandhi had obtained over Congress, Cripps wanted to split it, using government-led socio-economic development as the wedge. He and Bevin produced a grand plan for agricultural mechanisation, model villages, infrastructural investment, cheap credit, and modern, scientific education. This would salve anti-British grievances and break the unnatural hold enjoyed by Congress over the Indian poor. Churchill, long convinced that Congress spoke only for ‘lawyers, money-lenders and the Hindu priesthood’, thoroughly approved.

3.Thirdly, I look at Attlee’s desire to make an appeal over the heads of the imprisoned Congress leaders to a new generation of more representative local politicians. Attlee had always been cautious over India, a consequence of his experience on the Simon Commission in the late 1920s. The behaviour of Congress in the war merely confirmed his view that Indian nationalism was socially conservative and dominated by speechifying anti-British leaders who shied away from the hard work of developing proposals, winning consent for them, and implementing them. It would therefore be a mistake to give the Congress leaders power in wartime. They were irresponsible in both senses of the term: unaccountable to electorates, and unserious as democratic politicians. It would be better to seek out those non-Congress Indians who were co-operating at the local level in wartime government. These views were sufficient to tempt the Secretary of State for India, Leo Amery, to propose Attlee as the new Viceroy in 1942.

All three of these schemes suggest that Labour ministers – there are similar statements by Hugh Dalton, Herbert Morrison and others – believed that something had gone wrong with Indian nationalism. They shared a concern to divert it from the sterile oppositional tactics of the Gandhian Congress towards the more constructive channels of nation-building. In defining such constructive work, the Labour leaders fell back upon the paths which had brought their own party to prominence: local government, labour organisation, and practical social and economic reform, reinvigorated by new wartime impulses and commitments to planning and collectivism.

None of the schemes came to anything. M.N.Roy’s party collapsed at the polls in 1945. The cost of Cripps’ and Bevin’s schemes was prohibitive, and there was little chance of implementing them in wartime without the help of Congress politicians. Attlee’s hopes for a non-Congress alternative were swept away at the war’s end, once the Congress leaders were released from detention and rapidly re-established their grip on the electorate.

Nevertheless, the Labour schemes have their importance as indications that other routes to Indian freedom existed, and that these were perhaps for Labour more attractive routes than the one they were forced to follow. Independence, in the form in which it occurred, was therefore a second best solution, something which is not very often acknowledged in existing accounts. This was so not only because the partition of India marked such a defeat of pre-war objectives, but also because, for Labour, there was more work to be done in India. Signs of what this work might have involved are visible in the more considered plans adopted by Labour in other colonial settings – Africa, the Middle East, the Caribbean – where the constraints seemed less pressing.

Material from this paper appeared in Nicholas Owen, The British Left and India: Metropolitan Anti-Imperialism, 1885-1947 (Oxford, 2007).