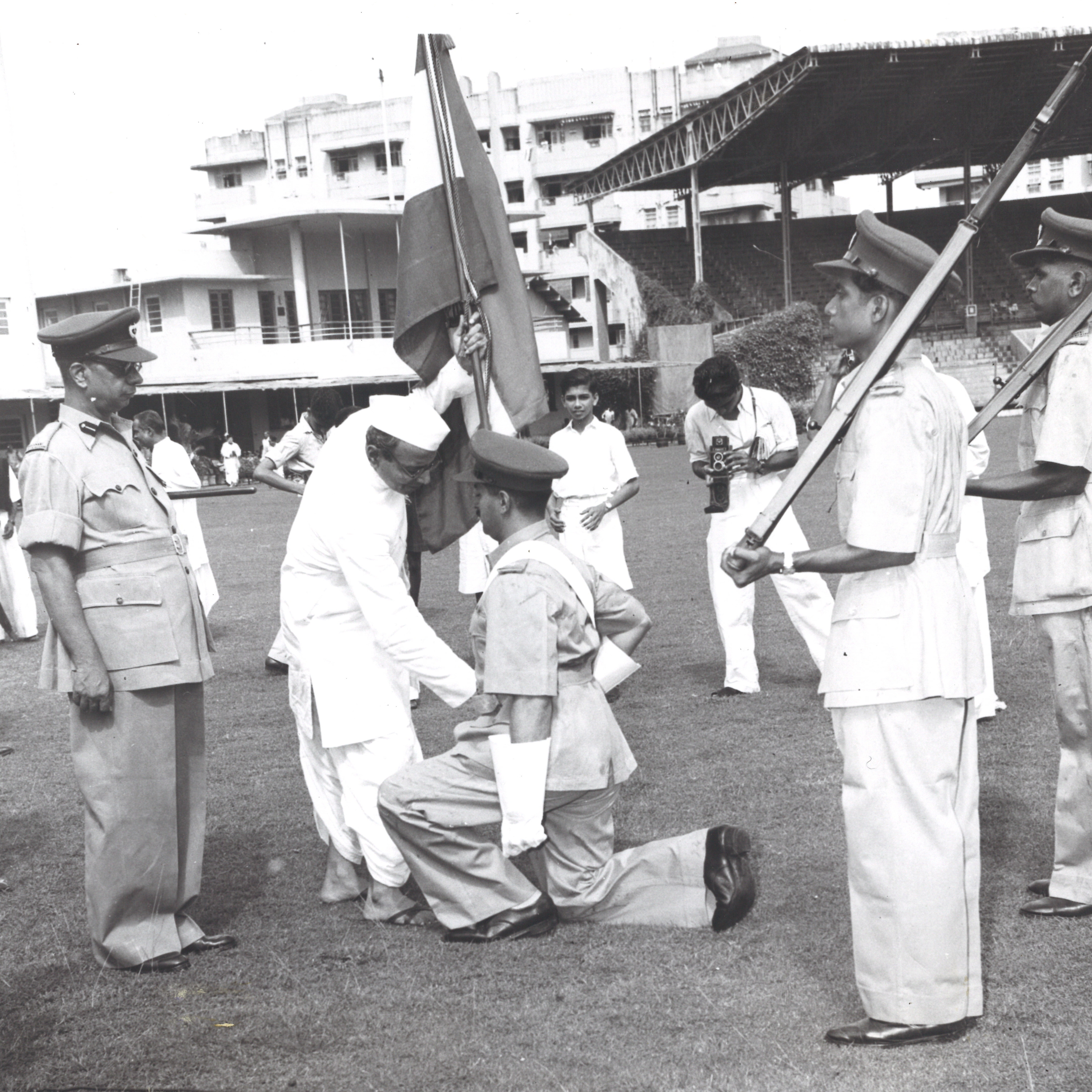 This chapter was part of an attempt by a group of younger academics to re-examine the work of the Attlee Governments (1945-51) using the archival material released under the thirty year rule. The achievements of the Attlee Governments were much discussed in the late 1980s because they could be deployed in arguments between the left and the right over the ‘modernisation’ of the Labour Party as it lost elections in 1987 and 1992. Many of the positions in these debates – on both sides – arguably failed to appreciate the tight constraints under which the Attlee Governments had worked. The old questions of intention and ideology – whether the Attlee Government was truly “socialist” or not – assumed a degree of policy freedom that was not much evident in the archival records.

Nowhere was this more apparent than in the policymaking surrounding Indian independence, hemmed in by prior commitments, economic weaknesses, military demands, and the intractability of Indian disagreements. My chapter also set the Attlee Government’s India policy in the context of Labour’s long involvement with Indian nationalists, and argued that that the Labour ministers and the Indian politicans did not encounter each other for the first time in 1945. On the contrary, there had been a complex history of solidarity, friendship, quarrels, misunderstandings and differences over political strategy.

Part of this history concerned Labour’s worry that Indian nationalism was socially conservative, and that a rapid transfer of power into its hands would leave the Indian worker and peasant at the mercy of employers, landlords and religious authorities. Its methods of winning power seemed suspect and pre-modern. These worries had prompted most of the senior Labour figures in the wartime coalition – Attlee, Bevin, Morrison, Cripps and Dalton – to favour very different schemes for Indian independence. I wrote about these elsewhere.

After 1945, such schemes were almost immediately abandoned, and Labour was forced rapidly down a single, narrowing road towards independence and partition. Although almost always regarded as a political triumph, the outcome seemed a defeat for most of Labour’s pre-war objectives. Violent partition, even if chosen by the principal Indian parties, had always been considered by Labour to be an illogical and damaging solution. While diehards might console themselves with the reassurance that India had never really been a single nation, such thoughts were alien to Labour’s conception of Indian unity. Labour hopes of reforming Indian nationalism in more socially and politically progressive directions were also stillborn. Power was transferred to parties whose claims to the allegiance of the Indian masses had never been tested by elections on the basis of universal suffrage. The Indian electorate remained largely illiterate and impoverished, and vulnerable to the types of communally-driven, caste-ridden or corrupt electoral politics that Attlee deplored. The history of the pre-war Congress suggested that land redistribution or public ownership would be voted down by Congress leaders attentive to the interests of Indian industrialists, rural landowners and the richer farmers, or dropped at the behest of Gandhians anxious to avoid dividing the traditional rural order.

However, by the end of the 1950s, many of Nehru’s social democratic promises had been unexpectedly realised, not wholly or in full measure, but very substantially. The reasons for this were complex: the deaths of Gandhi and Patel left Nehru free to establish a powerful planning bureaucracy, and the electoral hegemony of the Congress Party, of which Nehru regained the leadership in 1951, helped him to break some of the resistance of the local Congress parties, and establish the basic principles and commitments of what has come to be known as the Nehruvian state: the erosion of communal identities and caste discrimination through secularization, representative democracy based on universal suffrage, and state-led industrial planning in a mixed, though largely state-built, economy. This programme, with its astonishing closeness to Labour’s own ideals, naturally earned the latter’s approval, though what was being admired was as much Labour’s reflection as India. Approval of this kind had always been easy to give.

Labour’s Indian dilemma, chewed over since Keir Hardie and Ramsay MacDonald, had been a question of reconciling familiarity and authenticity: what was familiar turned out not to be authentic and vice versa. For all his radicalism, Nehru had proved a much more digestible nationalist than Tilak or Gandhi, because he had satisfactorily resolved this dilemma: India was, it turned out, set on the same historical path to modernity as everyone else, and the authenticity of this orientation was guaranteed by Nehru’s discovery of India and earning, through the independence struggle and election, the right to speak for it. The anomalies and inauthenticities which in the past had complicated this view of India were still there, not least among the large numbers of Indians for whom Nehruvian politics remained unintelligible, but they had been buried for the time being, and they did not trouble Labour. Indeed, for those of the 1930s and 1940s generation that knew Krishna Menon and Nehru best, faith in the Nehruvian state would extend to the defence of his daughter’s Emergency in 1975-7, on the grounds that it was necessary to protect the gains for the poor that the Nehrus had made.

Labour’s preferred schemes for India had thus first been set aside in the interests of a quick political solution, rather than abandoned through reflection, and then strangely validated by the successes of the Nehruvian state. Labour was able to decolonize without needing fully to abandon its traditionally-held criteria of fitness for self-government.

The chapter appeared as ‘Responsibility without power: the Attlee Governments and Indian Independence’, in Nick Tiratsoo (ed.), The Attlee Years (London, Pinter Publishers, 1991).