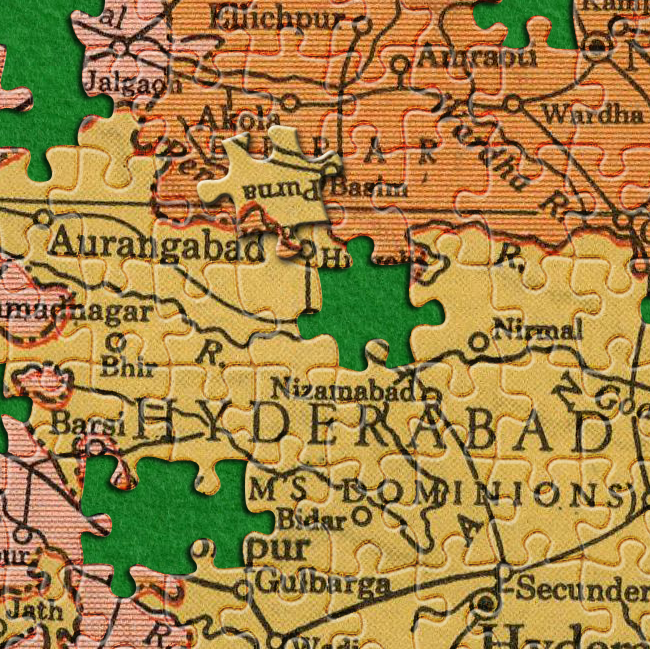 In March 1942, the Lord Privy Seal Sir Stafford Cripps arrived in India bearing an offer from the British War Cabinet. Cripps hoped to secure the support of Indian political leaders for the war with promises of wartime co-operation in government and a post-war assembly to draft the constitution of a free India. However, after negotiations between Cripps and the leaders of the Indian National Congress, the Offer was rejected. For R. J. Moore, author of the leading scholarly account of the Mission, the Offer Cripps took to India was ‘a watershed in the history of the partition of India’. This is because its failure and the subsequent exclusion of Congress from wartime government allowed the Muslim League to gain sufficient ground to make an effective challenge for Pakistan. Had the Mission succeeded, Moore argues, the trend towards partition might have been checked by the experience gained by Congress and Muslim Leaguers working together in wartime government. Moore also regards the Offer as a watershed in imperial policy, marking the first explicit declaration of India’s right to make its own constitution and Britain’s last opportunity to transfer power from a position of strength.

Many of the earliest accounts of the Cripps Mission were produced on the basis of interviews, contemporary newspaper reports and the published correspondence of the British Government and the Congress, and were, perhaps inevitably, coloured by the mood of mutual recriminations in which the negotiations collapsed. Insider views subsequently provided by, among others, Reginald Coupland, H. V. Hodson, and B. Shiva Rao, offered some insight into the Mission’s activities, but were able to do little more than speculate about the deeper reasons for its failure. It was not until the release of official papers that a series of more fully researched works appeared. In 1970 the Mission was the subject of the first volume of Nicholas Mansergh’s documentary sequence The Transfer of Power, and it was on the basis of these documents that several new analyses of the Mission were written, starting with a long review by Eric Stokes in 1971, followed by R. J. Moore’s article ‘The Mystery of the Cripps Mission’ in 1973, Gowher Rizvi’s Linlithgow and India (1978), and a monograph-length treatment by Professor Moore in 1979. Since the 1970s, studies of the various actors in the drama have added detail to the picture, but its outlines remain unchallenged.

Moore, in common with other writers, finds the origins of the Mission in the twists and turns of British wartime politics and in particular the incorporation of the Labour Party into wartime government. The Mission was the culminating-point of a long conflict over India between Cripps and Churchill. The Offer, he writes, was ‘a Labour initiative to tackle the problem of Indian freedom with unity’. It failed because Cripps was tripped up by the unreconstructed imperialist Churchill and the Viceroy Lord Linlithgow, and forced to retract part of the Offer. Churchill seized on Cripps’ over-enthusiastic pursuit of agreement, and the consequent complaints of the Viceroy, as excuses to abort the negotiations. The Mission ‘was defeated by a Conservative axis that linked the Prime Minister to the Viceroy’. Cripps was ‘stabbed in the back by Englishmen who disagreed with him’.

In this article, I re-examine each of these claims. My arguments can be summarised thus. I first argue that, while the Mission marked a significant advance in imperial policy, its origins are to be found in pressure less from the Labour Party itself than from a loosely organised group of progressives which stood outside the Party and the Coalition Government. Before the war, these progressives had been persuaded by Nehru that Congress was an anti-fascist movement which would assist a British war effort against the Japanese in return for a constituent assembly to draw up India’s constitution. In fact, however, Congress attitudes to war and fascism were much more complicated than this, and when war came and Nehru was unexpectedly called upon to deliver the movement’s support, he proved unable to do so. The Labour leadership’s attitude to the original pact with Nehru was already ambivalent and hedged about with serious reservations, thanks to a long history of mutual suspicion. By the end of 1941, it felt that a constituent assembly on its own provided insufficient protection for India’s minorities, and while keen that Congress should participate in wartime government, was unwilling to give it the extensive powers it sought. For this reason, the Mission lacked the stable base of party support assumed in previous accounts. It was carried upward by an unexpectedly volatile tide of public and political unrest which began in December 1941 as Japan successfully entered the war. Weakened by the feeble support of Labour for Congress and of Congress for the war, the Cripps Offer could never have taken the weight that each side wished to put on it. Although they did more, Churchill and Linlithgow had merely to point this out.

My explanation of the failure of the Cripps Mission differs in several important ways from existing accounts. Some of the differences derive from the introduction of new evidence, such as those concerning wartime politics in Britain, and others from re-interpretation of existing evidence, such as those concerning Congress attitudes to the war. The most important differences, however, result from studying the same events using a different degree of magnification. Despite its pin-sharp focus on the failed Easter bargaining between Cripps and the Congress, Moore’s account leaves the surrounding picture less clear. At a lower power of magnification, it is possible to see that hardly anyone in Britain was prepared to see Congress given strong guarantees in advance that the wartime Council would operate as a Cabinet, and that hardly anyone on the Congress Working Committee was prepared to enter wartime government unless they got them. Both the War Cabinet, keen to show its critics that something was being done to win Indian support for the war, and the Congress leaders, anxious to preserve their movement’s unity and popularity, had good reason to negotiate, and to lay the blame on the other for the failure of the negotiations. But neither had good reason to give way. It is hard to avoid the conclusion that Cripps and Nehru were struggling to bridge an unbridgeable chasm which divided not progressive and conservative, but Briton and Indian. If that is so, then the Mission was not a missed opportunity, but no opportunity at all.

IMAGE CREDIT: THE INDIAN JIGSAW IN 1942, BASED ON A WARTIME MAP OF INDIA IN J.W. CLEMENT CO., THE NEW MATTHEWS-NORTHRUP GLOBAL ATLAS OF THE WORLD AT WAR (BUFFALO, NEW YORK, 1943), AND VISUAL IMPACT PUZZLE GENERATOR, CREATIVE MARKET.